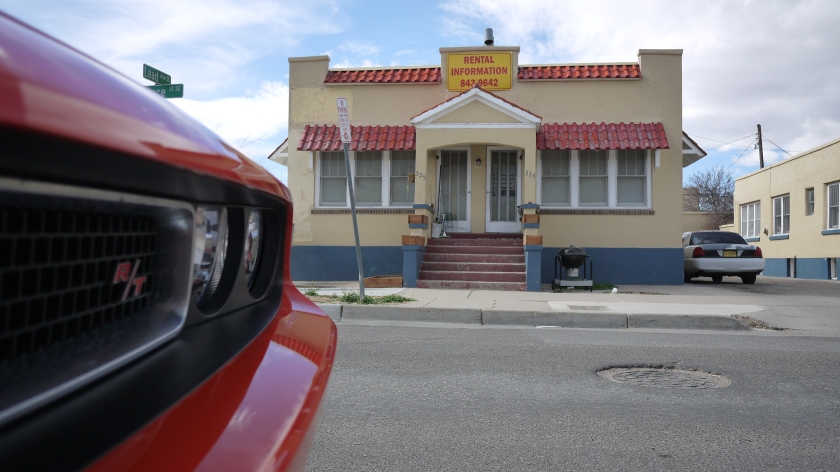 Looks like it’s back up for rent after Jesse turned it into a shitty heroin den. In real life it’s all actually one apartment apparently – despite the double doors. The nice neighbour who popped out to take the pic told me this. It was a lot shabbier IRL than it looked in the show too. Odd.

And finally today – Jesse’s house. Had to step carefully here as I was told the owners loathe dickheads like me. So a couple of quick shots were enough. I’m coming back here on the bike tour tomorrow anyway.

So that was today. Tomorrow I take the “Biking Bad” tour of the downtown locations.