At Holbrook I came off the boring I-40 and broke out onto some state roads for a bit of fun with the Dodge. Probably one of the best drives I’ve had on the trip as we dramatically dropped off the high plateau of northern Arizona down into the desert heat of the south.

I first took the 377 down to Heber and filled up. I’d just hit 1500 miles for the trip so far. I was originally going to post the mileage I’d done each day on here but a) that’s pretty dull and b) far too much else has happened so I forgot. But, anyway, I’ve clocked over 1500 miles now so far… 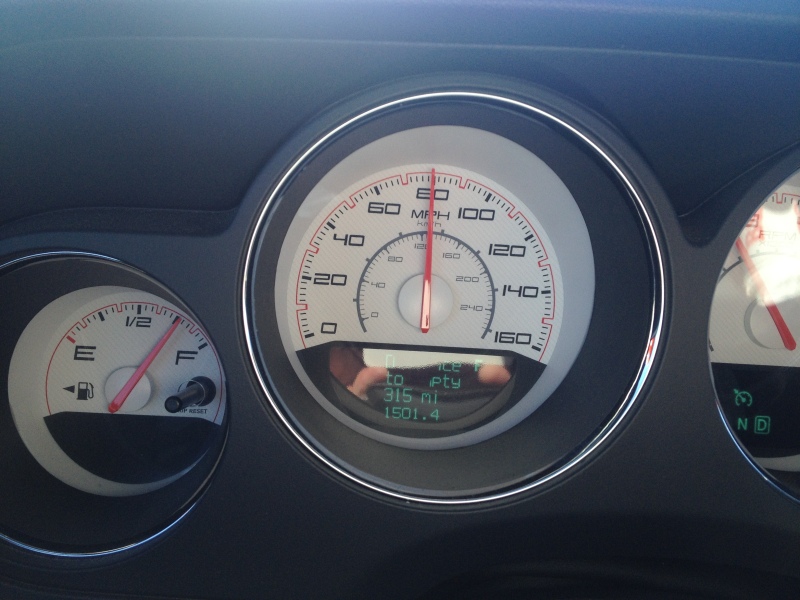 From Heber I took the 260 to Payson – through the excellently named Tonto National Forest – and the road began to dramatically drop down from the 6-7000 feet altitudes of Alburquerque and Gallup.. 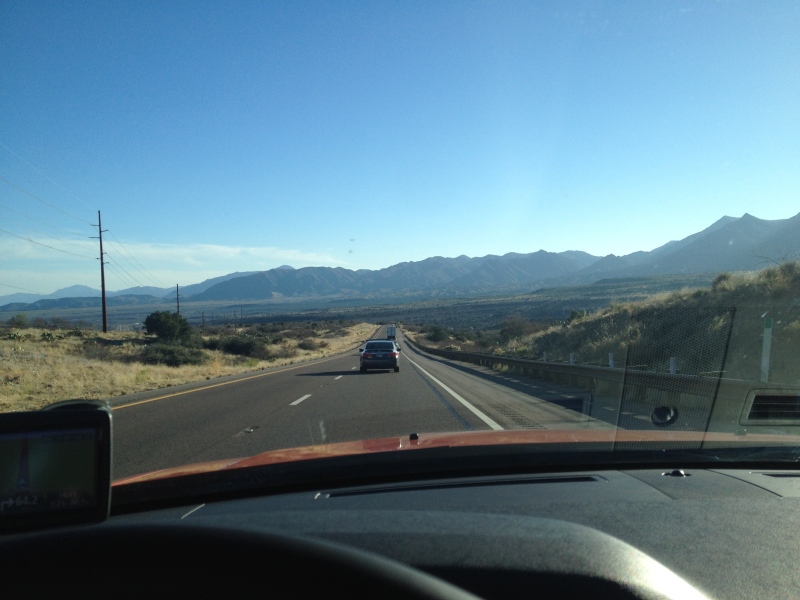 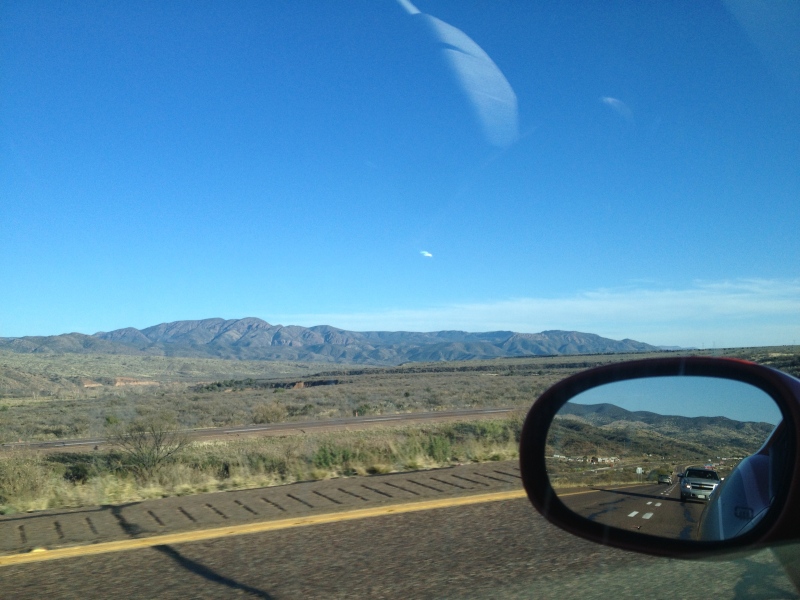 I put in 8 hours of solid driving today, finishing up in Scottsdale, Arizona – where it is much, much warmer than it was in ABQ this morning due to the change in altitude.

Rolled into a Howard Johnson motel at 1830 just as it started to get dark. $119 for a room – but Scottsdale considers itself to be quite upscale. It’s also where the bosses of the first TV company I ever worked for – Derek Guthrie and Natascha McQueen  – were busy filming when I managed to sneak myself into their operation as a runner without any kind of qualifications, or any form of interview. Which is nice.

That silver car in the front of shot is a Dodge Charger – which, as you can see, Dodge have allowed to go a bit crap and generic “modern” car. It certainly looks nothing like the classic 60s – 70s Charger from films like Bullitt, especially those horrible dents down the side. Why would you do that? Whereas I think the Challenger has still kept the classic lines and looks of the original bad boys.

I have so much love for the Challenger after a week with it. Just like the UK – you can’t possibly enjoy it or appreciate it when you’re stuck on an Interstate bowling along at 75 on Cruise Control. But get it off onto the side roads and start racing it past 18 wheeler Big Rigs on a fast overtake and it just makes you roar with laughter at how much it has under the hood – it’s fucking awesome.