So – a whirlwind one day tour of LA in the Challenger began – first off a cruise up into the canyons, a failed attempt to find George Clooney’s house, and a quick pic at the famous Mulholland Overlook…

then a very quick non stop tour of Beverley Hills and the, rather unimpressive I thought, Rodeo Drive, then down to Santa Monica for a spot of lunch by the pier..

Santa Monica is basically Brighton with decent weather – and the weather here has been great, although I think I’m leaving just before California gets its first rain in about 6 months.

I went to check into my hotel – which, although I had deliberately booked because it was in downtown Hollywood (as well as cheapish), I was surprised to discover was actually right behind the Dolby Theatre where the Oscars are this weekend..

I had a good old nose up and down the strip this morning – as much as was possible with all the construction fences for Oscar Mania.

It’s an odd one LA. I know it’s a bit of a cliche to say that it doesn’t have the same impact as NYC – and it most definitely doesn’t. But there’s also the fact that, after coming to it from the full on neon mania of Vegas – it doesn’t actually feel terribly showbiz either – although it manifestly is.

None of the big sights have anything like that in-your-face over the top maniacal feel that you get from walking up the strip in LV. However I did enjoy finding C3P0 and R2D2’s footprints outside the Chinese Theatre… 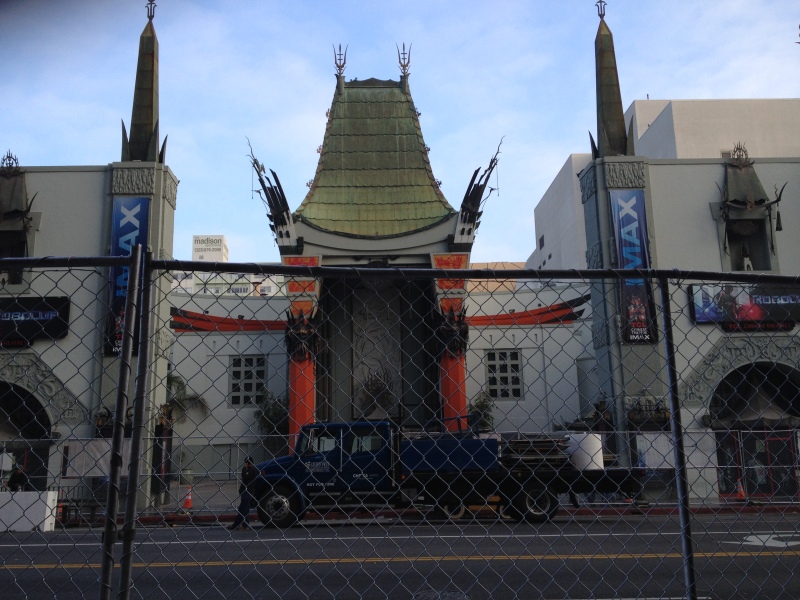